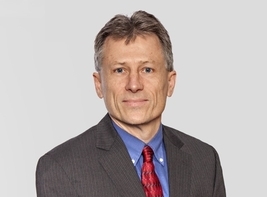 Supervised machine-learning models are at the heart of some of the biggest advances in artificial intelligence (AI) that have emerged in the past decade. This post revisits the nuts and bolts of drafting claims in this area, and includes two different industry examples of implementing supervised machine learning: medical imaging and speech detection.

In order for a supervised machine-learning model (such as an artificial neural network, a decision tree, etc.) to “learn” a mapping from given inputs to desired outputs, a large training data set of known, correctly mapped inputs and outputs is necessary. Once properly trained on the training data set, the model will hopefully produce correct outputs for new inputs that were not part of the training data set.

A patent application to a particular application of a machine-learning model should include claims to one or more novel aspects of the invention, which can include (1) a particular method of pre-processing raw data before input into the model, (2) the structure of the model itself, and (3) a particular method of post-processing and use of the outputs of the model. Additionally, applicants should consider claiming the method of training the model, including how the training data is obtained and how the training data is applied to the model.

U.S. Patent No. 6,819,790 is directed to a method for detecting abnormalities (e.g, lung nodules or lesions) in medical images, using an artificial neural network. As shown in the figure, the ‘790 training process involves sequentially inputting a plurality of shifted sub-regions of a training medical image into a neural network (MTANN) to obtain an output image, wherein each pixel in the output image corresponds to one of the sub-regions. The output image is then compared to one of two “teacher images” representing, e.g., a nodule or a non-nodule, to generate an error that is used to adjust the weights of the neural network. For example, the teacher image for a nodule can be a two-dimensional Gaussian distribution map having a standard deviation proportional to a size of a typical nodule.

‘790 Claim 1, directed to a method of training, is reproduced below.

Note that in ‘790 Claim 1, the particular structure of the model and the specific method of updating the network parameters or weights are not recited. Rather, the novelty appears to reside with the method of obtaining training data, i.e., the use of local sub-windows of an image as inputs to the model, and the use of the different teacher images, e.g., a Gaussian distribution map to represent a nodule. See underlined portion.

Similar novel features are recited in the ‘790 Claim 26, directed to the method of using the trained network model:

U.S. Patent No. 10,839,288 is directed to a speech detection device to detect whether a speech signal contains a specified search pattern. The ‘288 speech detection device uses a trained neural network, shown below, to determine whether any part of the speech signal corresponds to the specified search pattern. The ‘288 network has an input layer 40, at least one hidden layer 42, and an output layer 44 that produces N+1 values. However, only N of the values produced by the output layer correspond to the posterior probability that the input belongs to one of the N output classes. See the output XN+1, which does not correspond to an output probability. However, in the ‘288 system, the output probability values are calculated by subtracting the value XN+1 from each of the output values X1 to XN.

When training using a known input signal and known target outputs for each of the N output classes, the desired output corresponding to the N+1th output value is separately set to a predetermined constant value. Moreover, for training, only one of the N target outputs is non-zero for a given input signal.

‘288 Claim 14, directed to a training method, is reproduced below.

As evident from ‘288 Claim 14, the structure of the neural network and the training method are broadly recited and seemly conventional, except for the “extra” output not corresponding to one of the output classes, and the teacher value for that extra output being a predetermined constant value. Further, note that ‘288 Claim 14 is very broad in that it does not mention a particular application of the model, such as speech detection.

Thus, the structure of the ‘288 model, with the extra output value, results in the use of a uniquely constructed teacher vector for training the model. Accordingly, novel aspects of the ‘288 patent are the structure of the output layer and the corresponding method of training, which results in a better-trained model compared to conventional models.

The above examples touch the surface of different, but effective, claiming strategies that can be used in different industrial applications that incorporate a supervised machine-learning model. Both examples have broad claims with respect to their ultimate end-use (no mention of medical imaging or speech detection), but are focused on a specific portion of the machine-learning system. In future posts, we look forward to diving into more details on the different challenges that arise in claiming AI inventions in different industries.