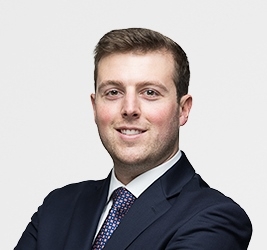 On June 22, 2021, a Western District of Texas jury returned a verdict in Freshhub, Inc. v. Amazon.com Inc., finding that Amazon’s Alexa devices do not infringe three voice technology patents owned by Freshub.[1] We want to report and discuss this case on the AI Patent Blog because virtual assistant software and products represent a commercially significant form of AI technology, and this case dives into the nuanced differences between legacy voice recognition software and modern AI-based virtual assistants.

Freshub alleged that Amazon’s accused Alexa products infringed the Asserted Patents by utilizing Alexa to take spoken words and translate those words to add items to an Alexa Shopping List associated with the user’s Amazon account, with the added items being viewable to the user by web browser of an Amazon App Product. Amazon responded to Freshub’s complaint asserting defenses on non-infringement and invalidity.

Amazon’s Alexa works by having a wake word (“Alexa”) that activates the device and starts recording the user’s request. When the user finishes speaking to the Alexa, the device sends a recording of the request over to Internet to Amazon. Amazon then processes this recording through their service called Alexa Voice Services. This service converts that recording into commands that the user’s Alexa device can interpret. So for example, if a user says “Alexa, add bread to my shopping list,” that recording is sent to Amazon and converted by Alexa Voice Services into a command Alexa can understand.

At trial, Amazon’s noninfringement arguments focused on three points. First, Amazon argued that its Alexa product did not meet the “digitized order” limitation, arguing that the limitation required the digitized order to be received before any translation of the spoken words to text even takes place. Amazon maintained that because a user can say anything to Alexa, Alexa must first convert the user’s utterances to text and only once the utterance has been converted to text can Alexa determine the user’s intent, meaning that, when the utterance is made, Alexa has no information about whether the utterance is an order, request for a joke, or a command to play music.

Second, Amazon argued that its Alexa product did not meet the “identifying an item corresponding to the text” limitation of the asserted claims. Amazon argued that when a user adds to his/her Alexa Shopping List, the words uttered by the user appear on the list, but those entries are not actually matched up with an actual item corresponding to the utterance.

It is worth taking a big picture look at where the jury seemed to think the claims of Freshub’s patents and Amazon’s Alexa technology diverge. The jury may have believed that the technology the patent was based on is representative of a system where a dialog and process follow a predetermined script to perform one or more specific actions, while Amazon’s Alexa is capable of performing a multitude of user services and is therefore acting without a script. This, coupled with the underlying fact that Freshub’s patents were based on a 2005 patent filing, a time when AI virtual assistants and natural language understanding was in a very different place than it is today, may have ultimately led the jury towards its non-infringement verdict, especially considering how much emphasis Amazon’s counsel placed on this point during closing arguments. While we will never definitively know which of Amazon’s non-infringement arguments won the day, it’s important to view these arguments in light of how much AI technology has changed over the past 15+ years.